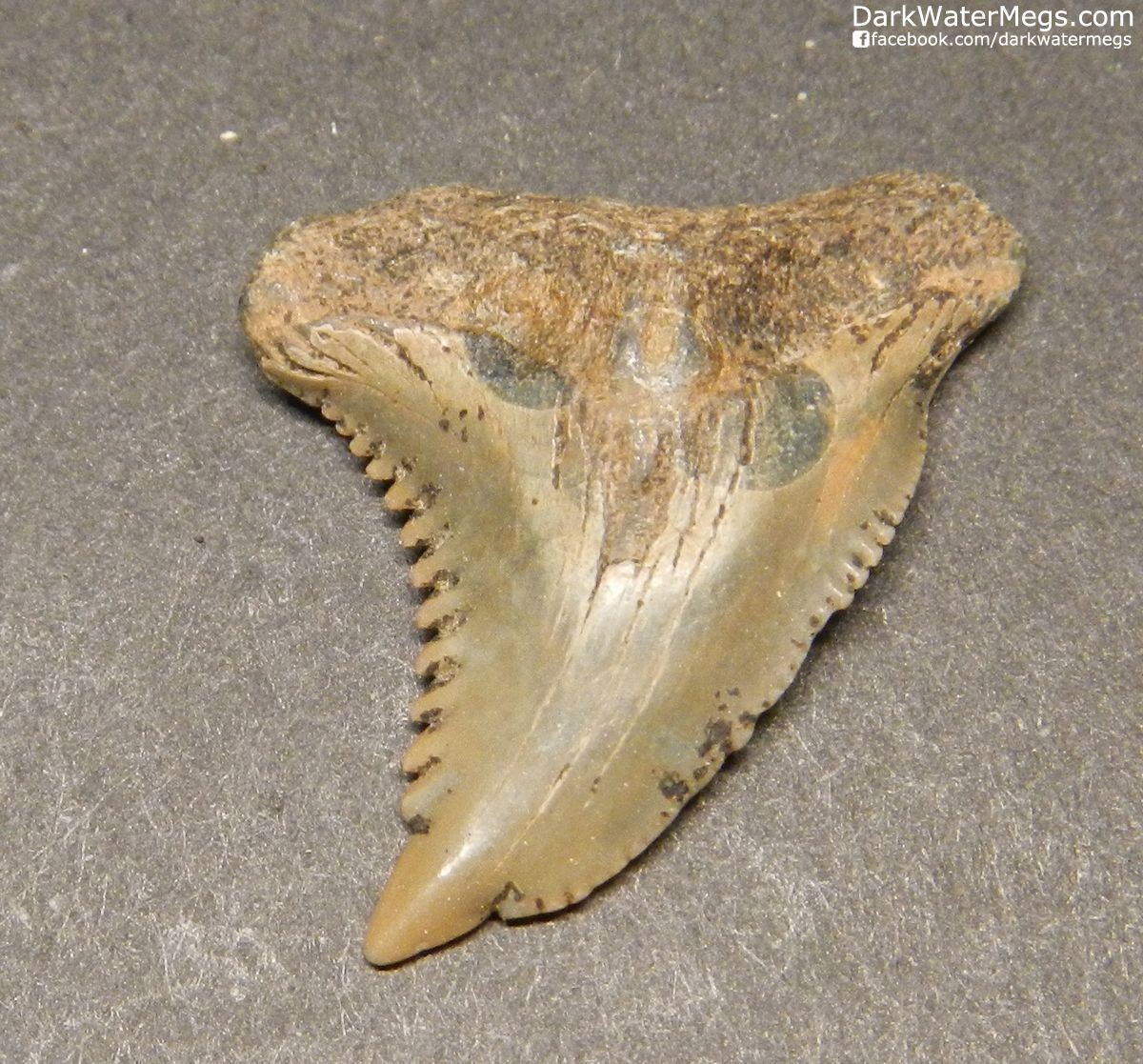 This is a hemipristis commonly known as a snaggle shark tooth, this is a small example of the fossil