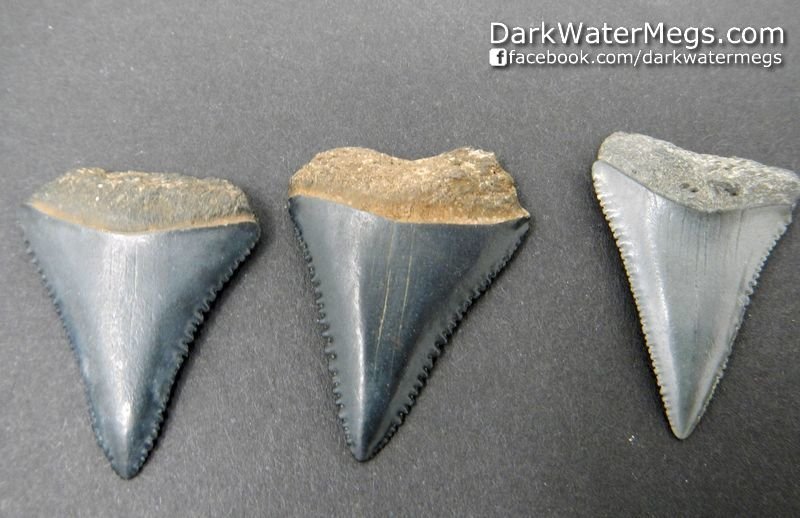 These three great white teeth are sold together, they are smaller in size than some of the others listed on the site for sale but are in nice condition and all three have nice sharp serrations and tips.