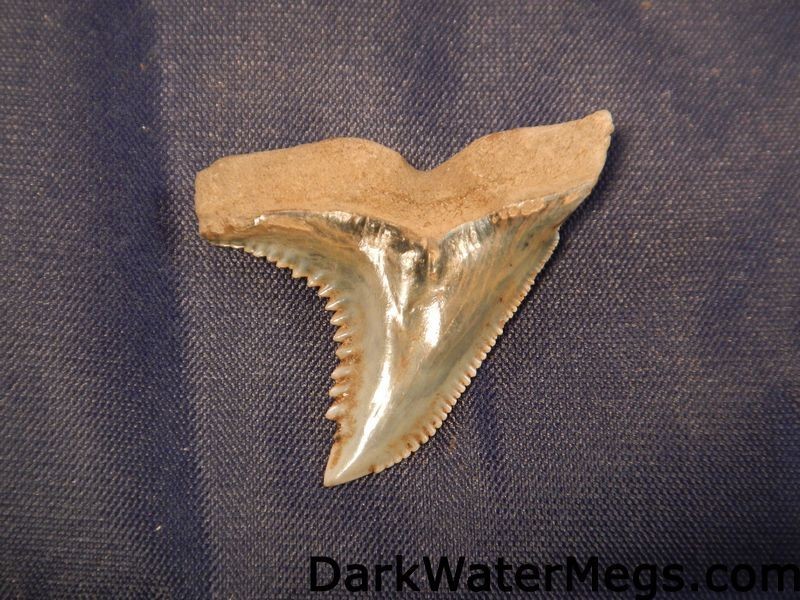 This is a hemipristis commonly known as a snaggle shark tooth, it has a unique blue color uncommonly found in fossil shark teeth.