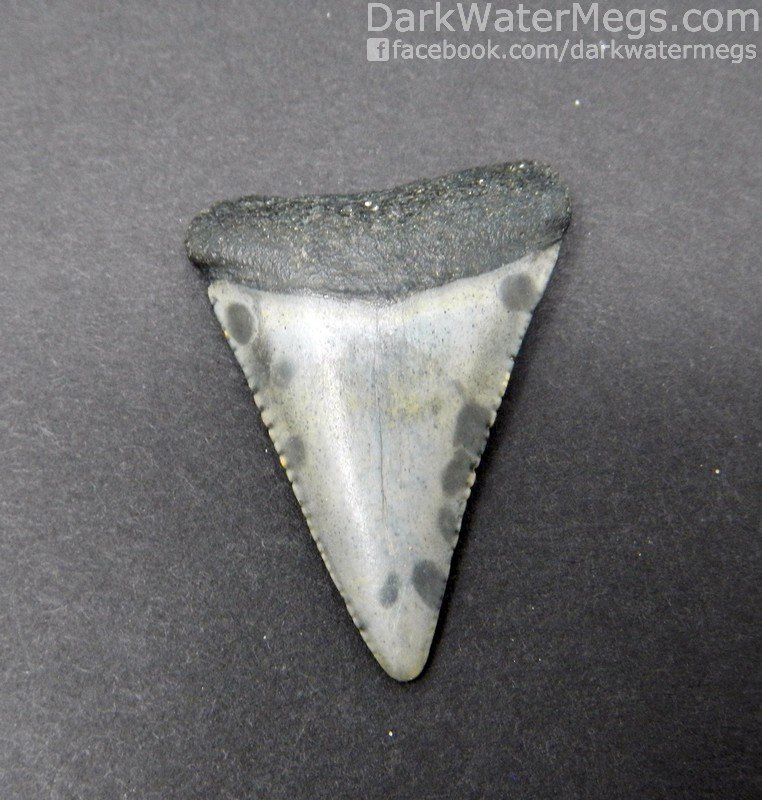 This great white tooth is not only in nice condition but has some unique speckling that was imprinted on the tooth during the fossilization process.