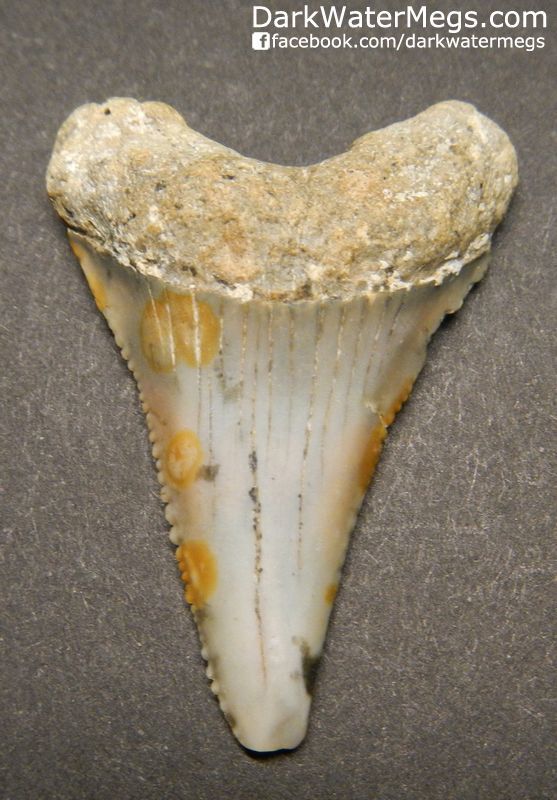 This is a light colored 1.66" great white tooth shark tooth fossil is from the lower jaw. It has a good serrations and a really nice root.