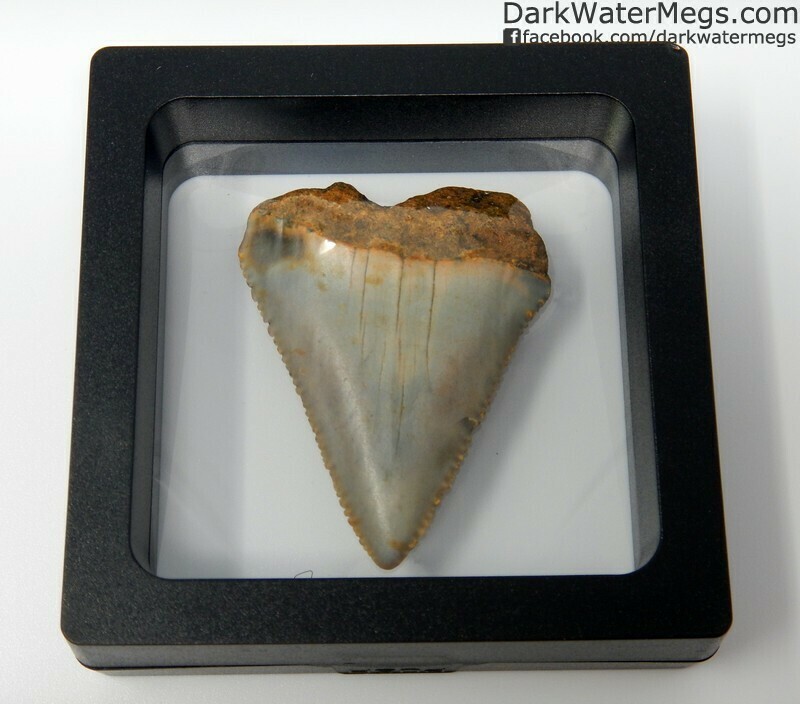 This tooth has some defined serrations and comes in a nice floating frame.