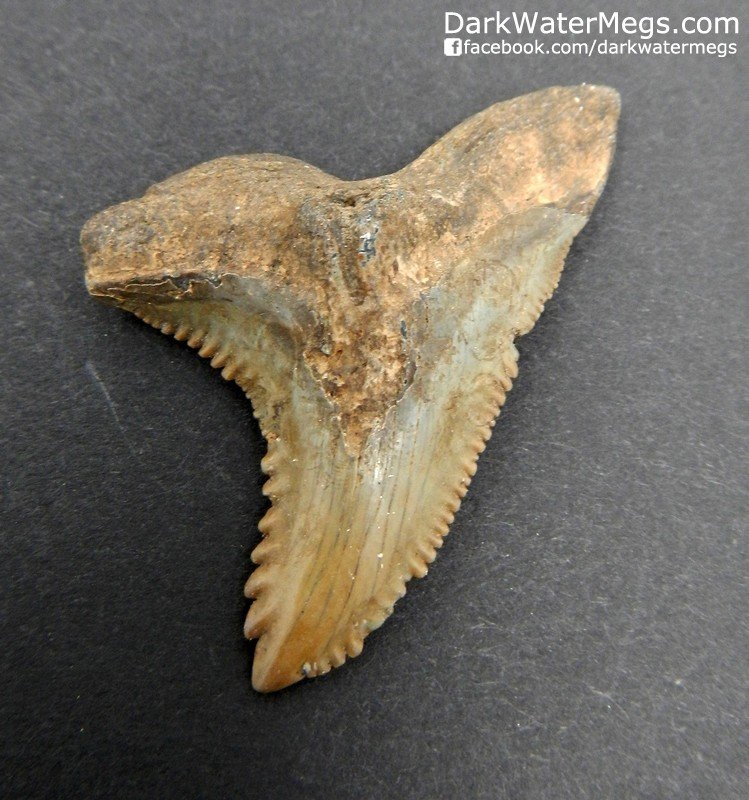 This is a large hemipristis serra shark tooth, at 1.74" it is on the upper end of the size spectrum and has nice brown and green colors