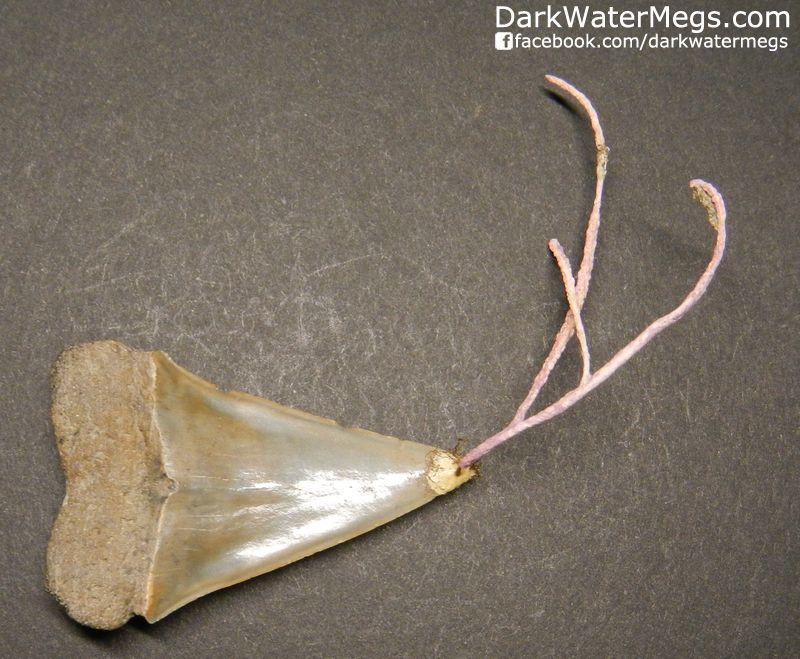 This 1.76" mako shark tooth was found with the plant life you see in the picture still attached. Sometimes in dark water rivers small plants will attach themselves to rocks, pieces of hard bottom, and in some cases even shark teeth. I thought this specimine was unique so I left the plant attach, it has since dried and is relatively stable.