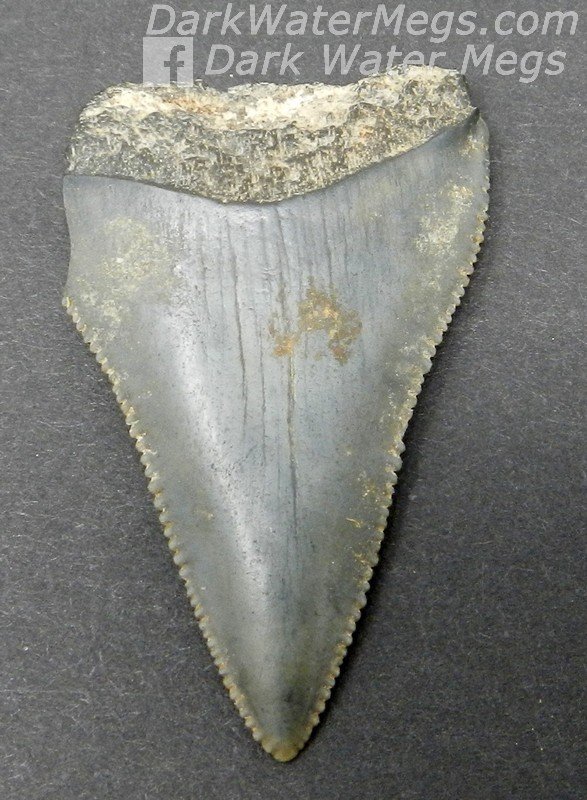 Great serrations and a nice sharp tip on this fossilized great white tooth.