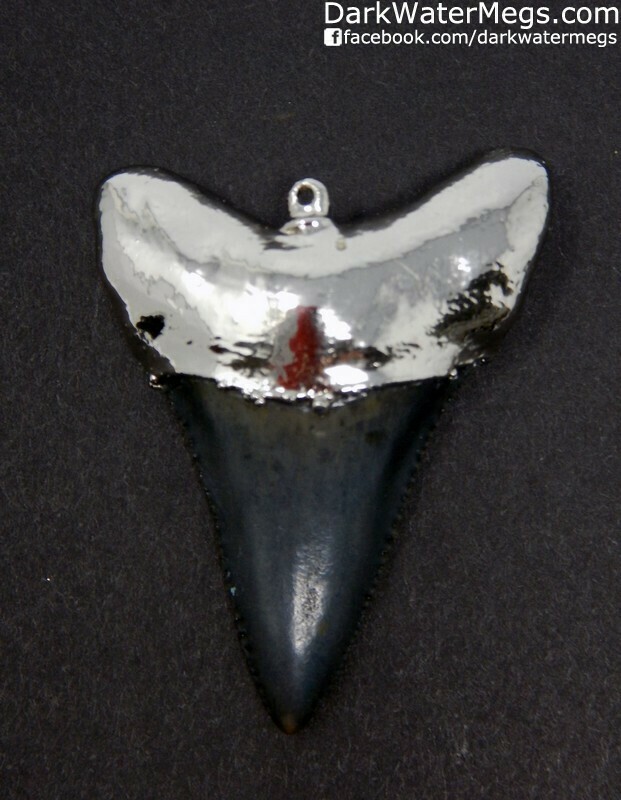 Very nice black great white tooth. I had a skilled jeweler cap it with nickel to make it ready to be worn as a necklace.