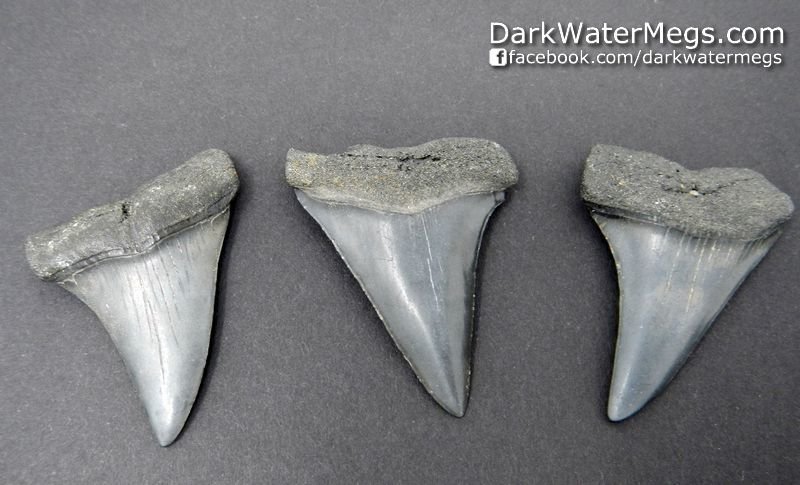 These three teeth are being sold together as a set, they are nice examples of fossilized mako shark teeth.