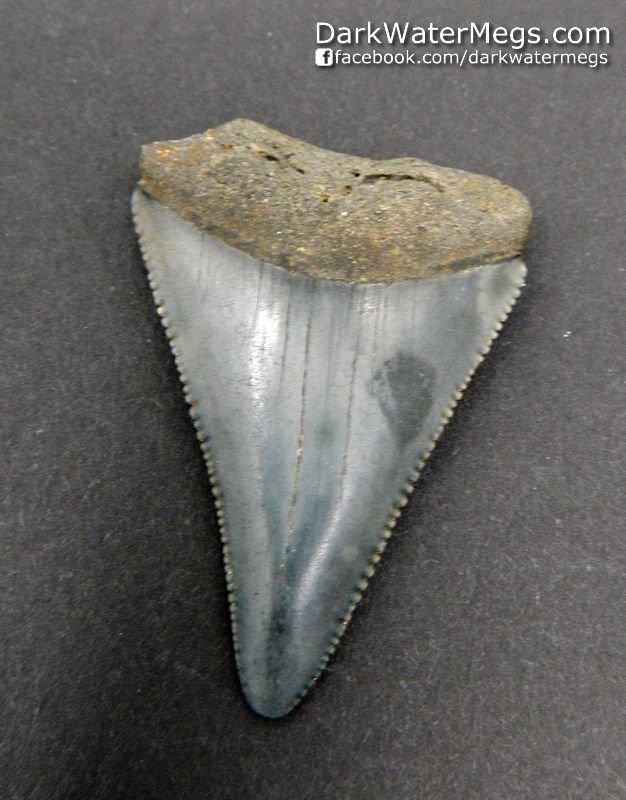 This nicely serrated great white shark tooth fossil has nice serrations and some dark spots from the fossilization process.