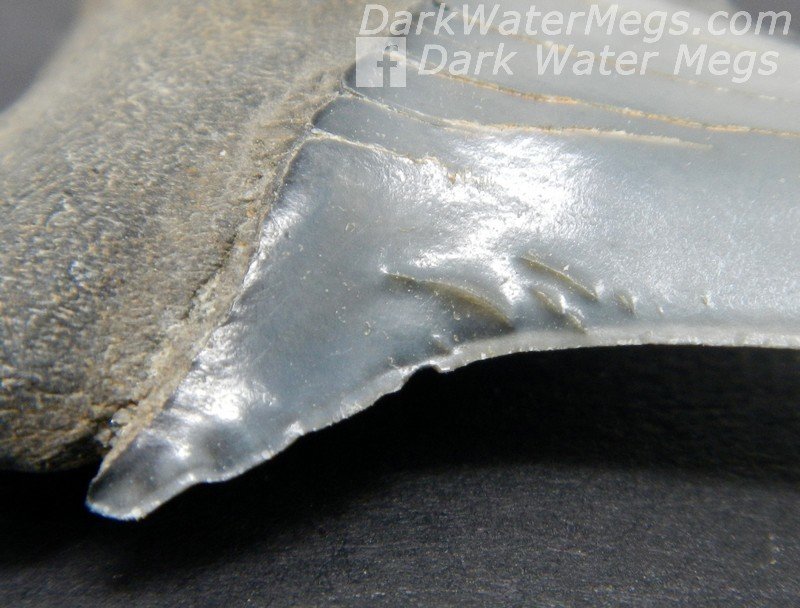 This 1.87" fossilized mako tooth has deformities that cause it to be categorized as a pathological tooth or "patho" there is bunching and wrinkling in the blade on both sides, the overall condition of the tooth is also very good.