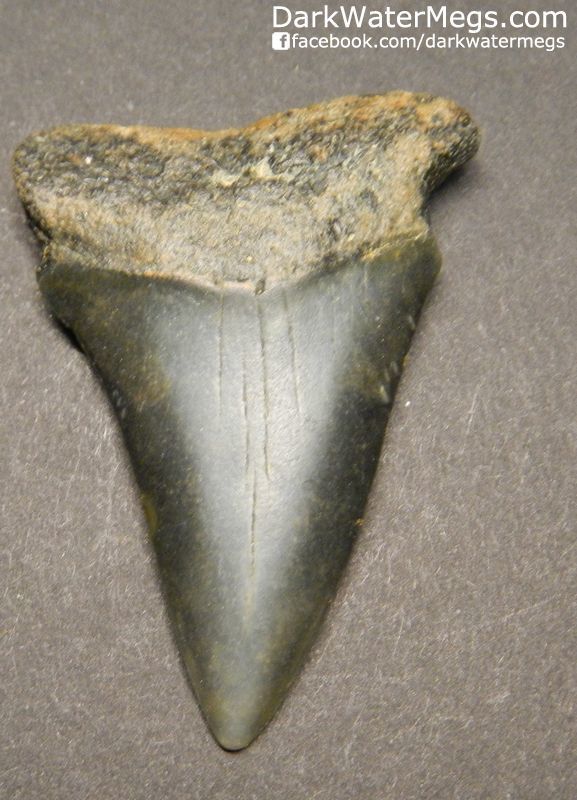 This is a 1.93" fossilized mako shark tooth. It has dark grey enamel and is in good condition.