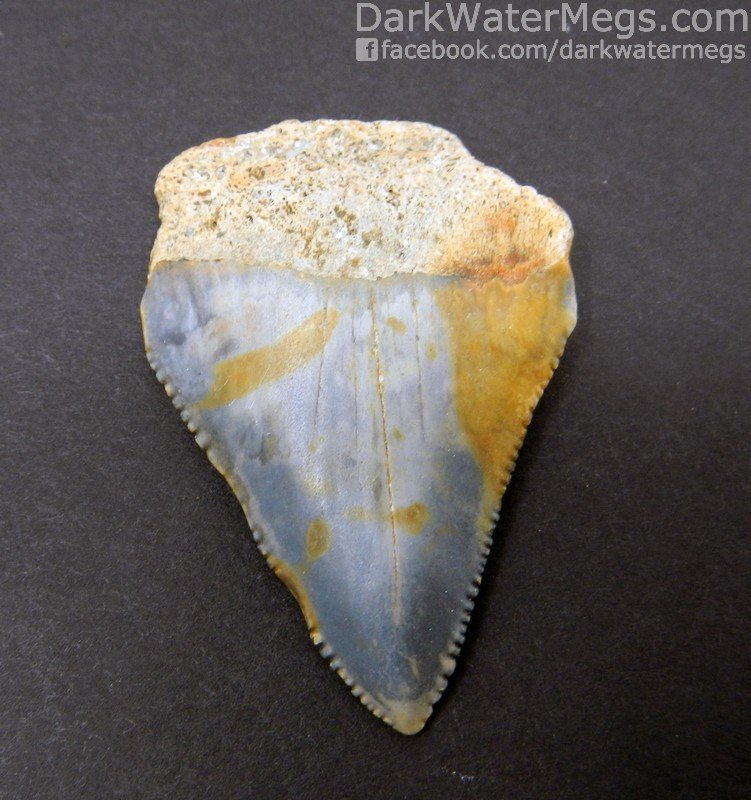 This great white tooth has several different colors and comes to a nice point.