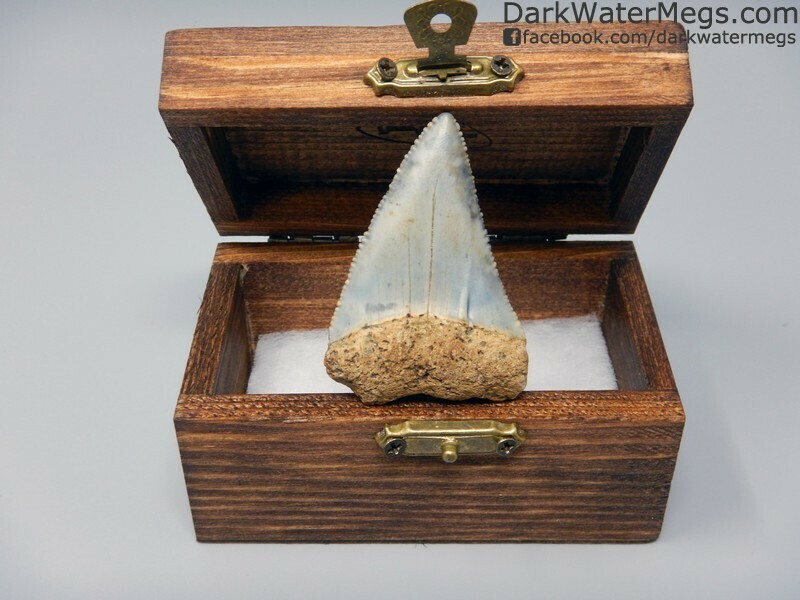 This 2.04" fossil great white tooth is in great shape, has some beautiful colors and the blade also has a small pathological wrinkle in it near the root. It comes with the box pictured.