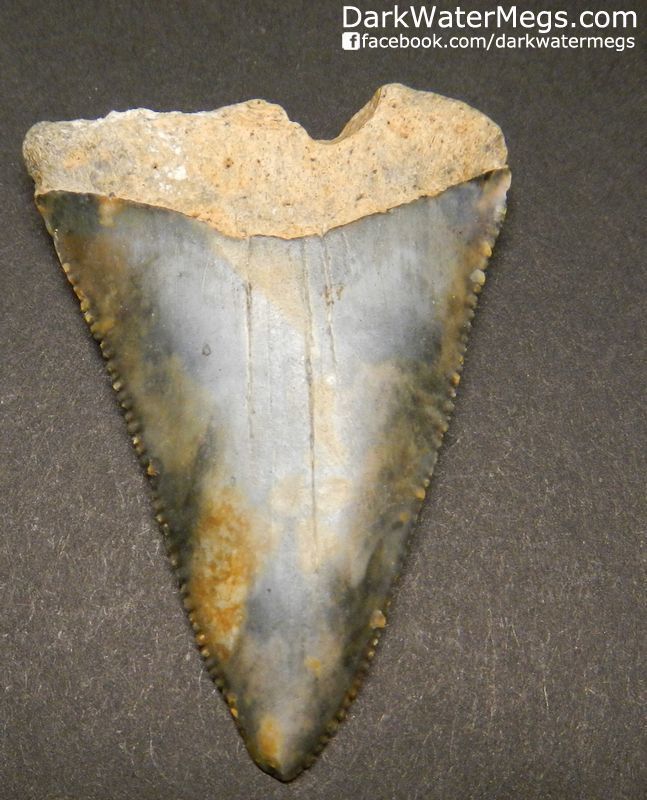 This is a impressive 2.5" great white tooth shark tooth fossil. It has a sharp point and nice coloration.