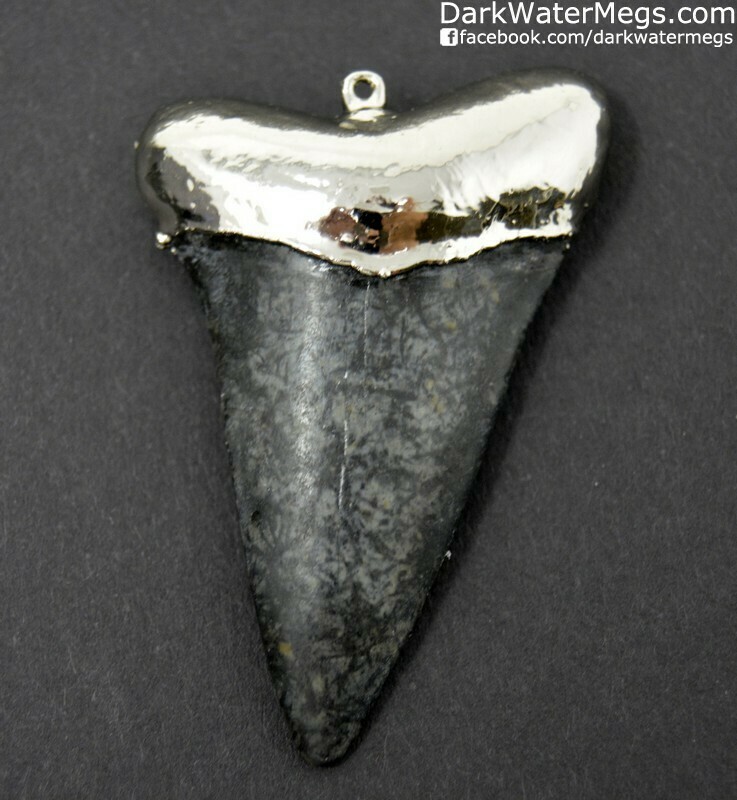 This mako is a very nice example of the unique patterns that can occur during fossilization, the speckled pattern on this tooth is unique so I had a skilled jeweler cap it with nickel to make it ready to be worn as a necklace.