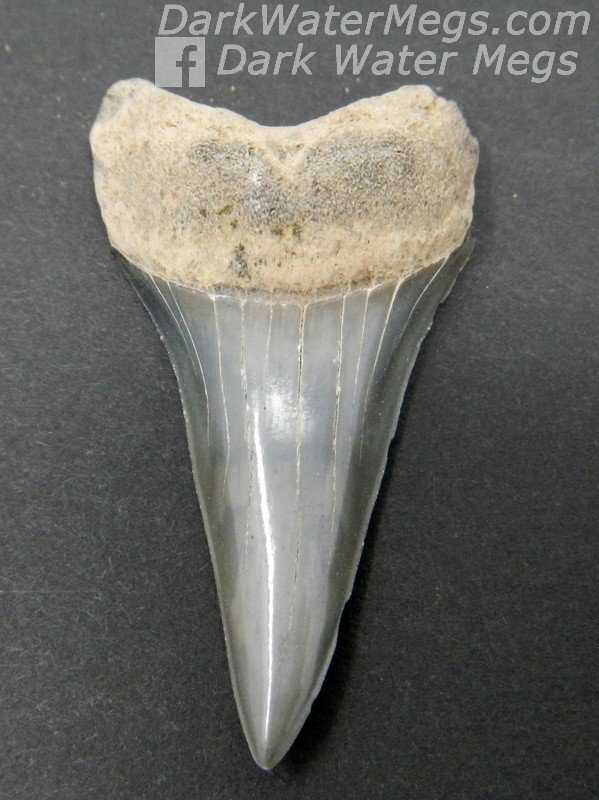 This 2.08" mako is long and slender and has a very sharp tip.