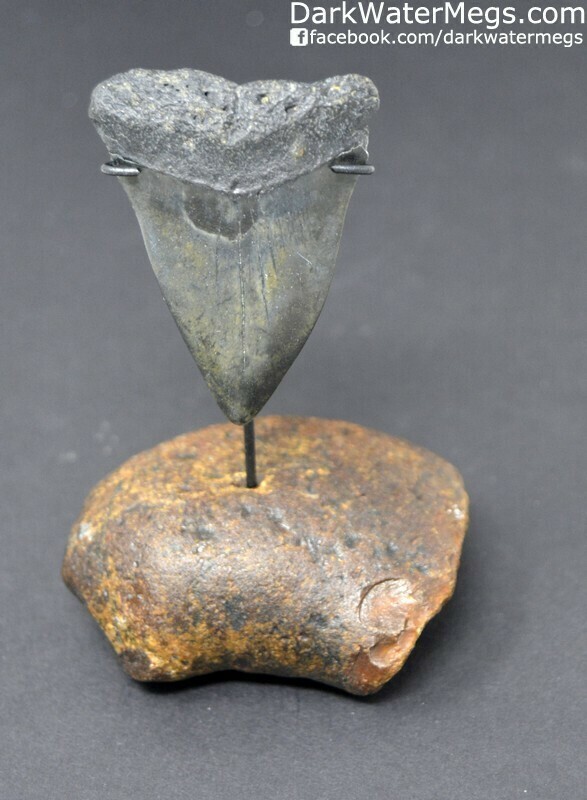 Dark colors on this mako contrast nicely with the dark orange on the included whale inner ear bone stand.