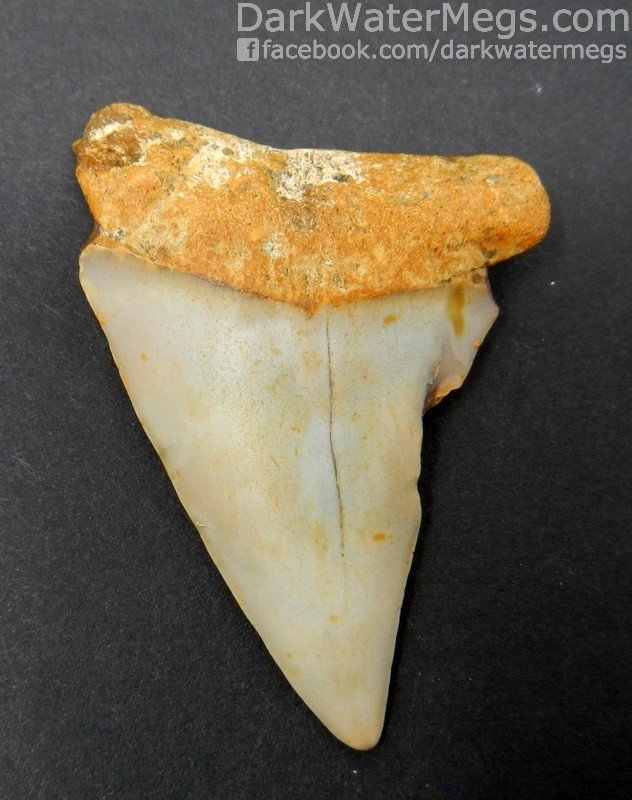 This mako tooth has a unique orange root and blond blade.