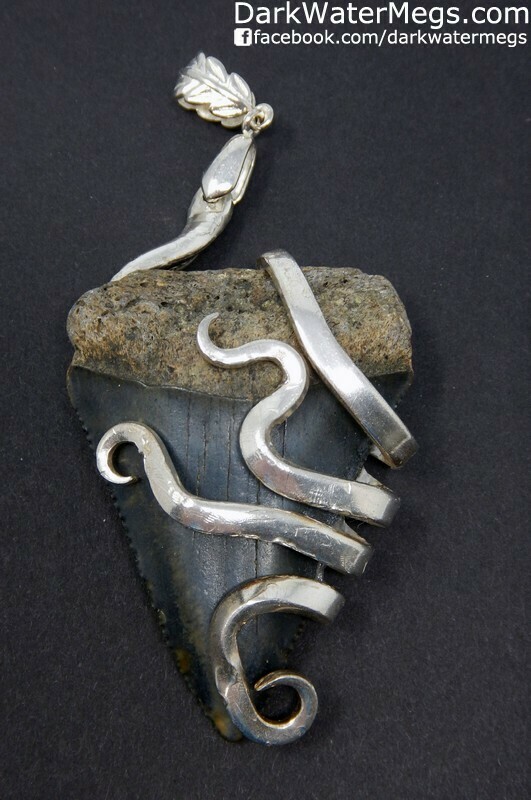 This is a nice great white tooth measuring 2.21" that was put into an antique fork wrap by a local artist and is ready to be worn as a necklace.