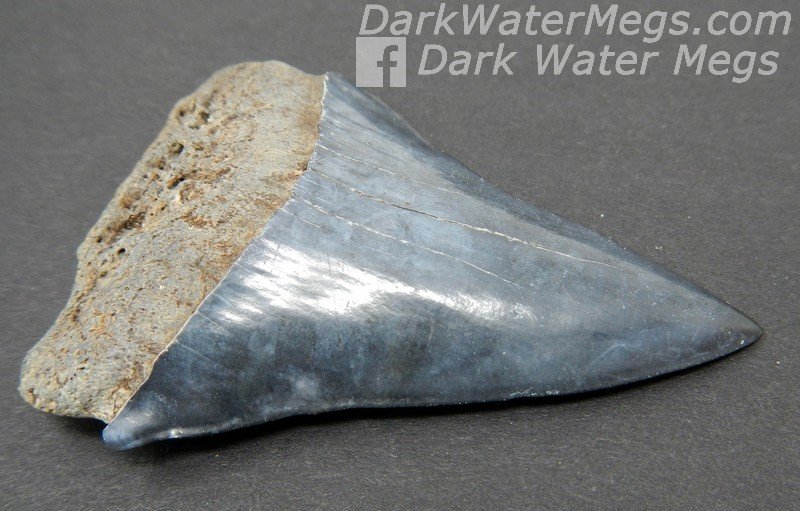 The colors on this tooth are great, dark and light blue blade with a nice light colored root for contrast, the sharp tip and overall condition combined with the unique color make this an awsome tooth.