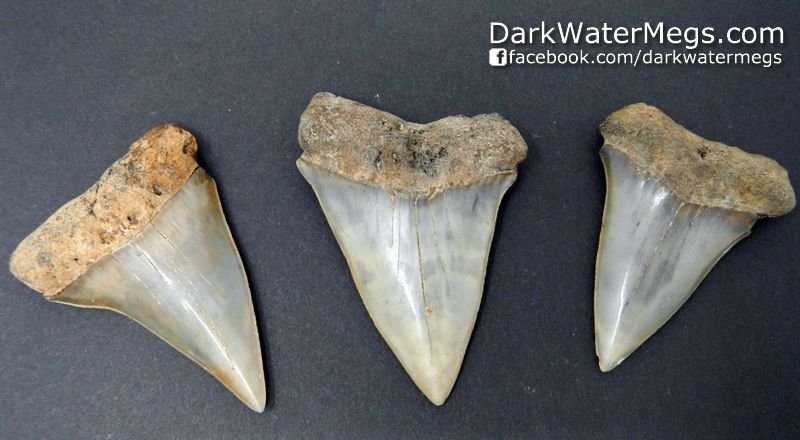 This is a set of three mako teeth, these mako teeth are a great example of great fossilization. The colors on these teeth are really nice and the rare patterns in the blades make these teeth standouts among mako teeth.