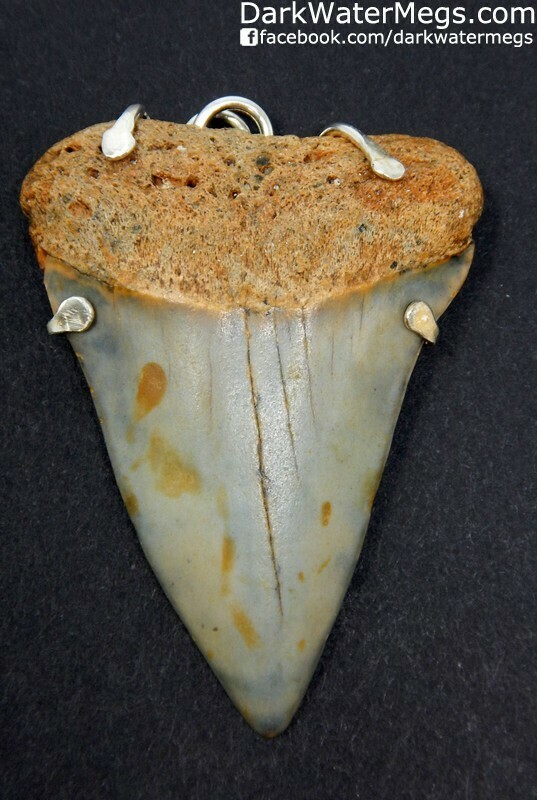 The gold and tan colors are great on this mako tooth, it has been set by a jeweler so it can be worn as a necklace.