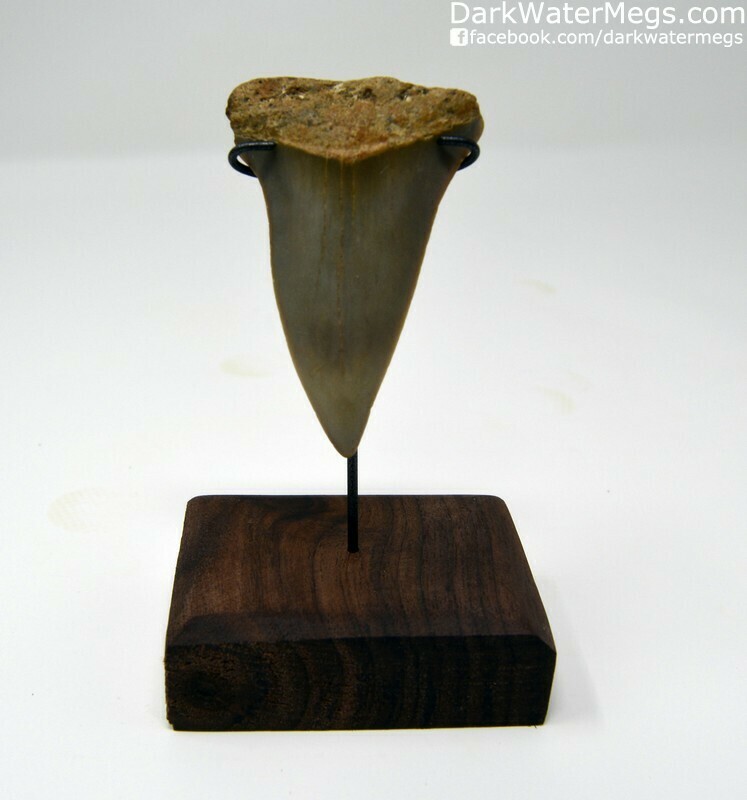 This is a large and very skinny fossilized mako shark tooth and it comes with the pictured stand.