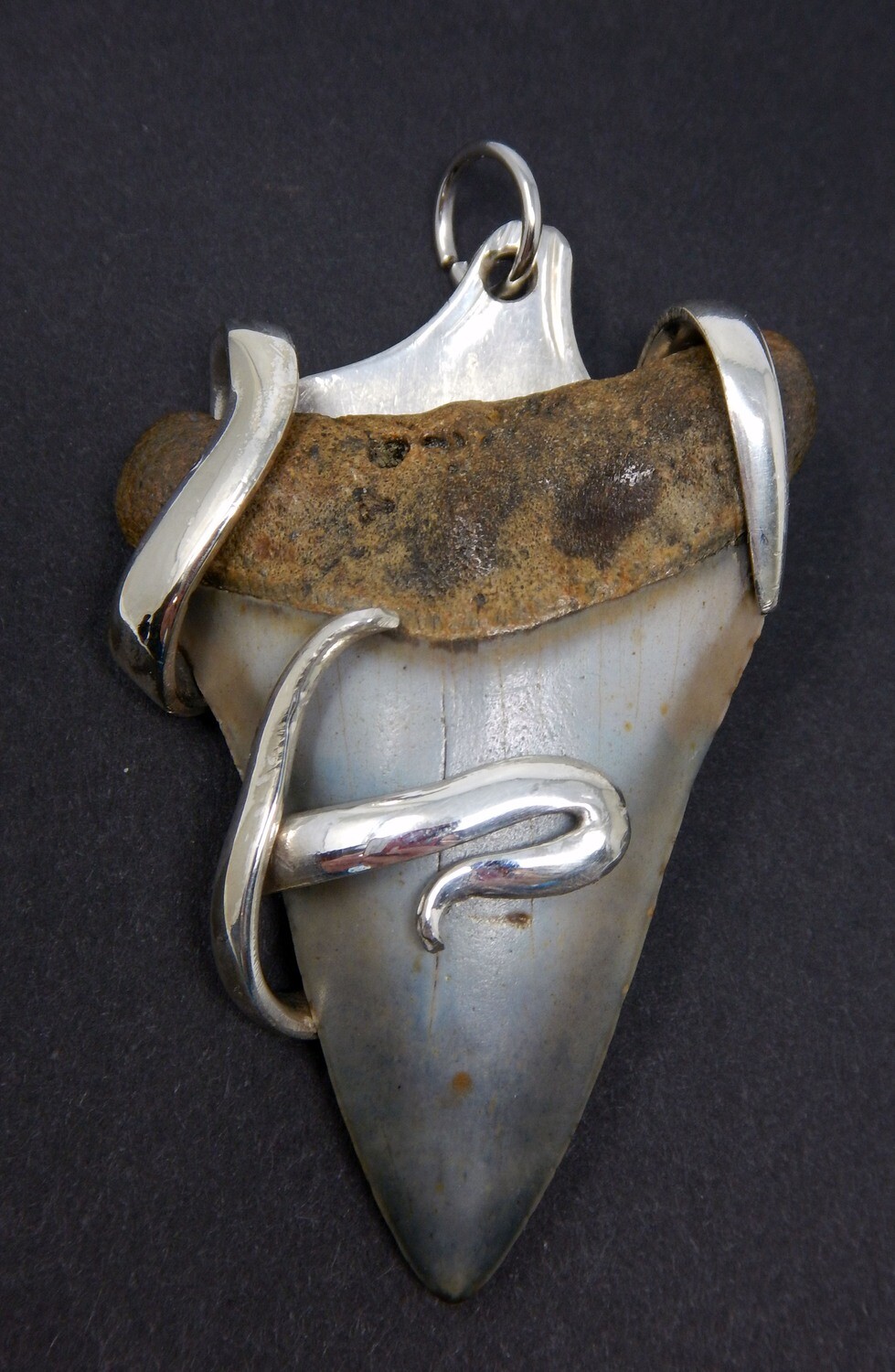 This is a large mako with unique coloring on the blade, it has been set in a fork by a local artist and makes a stunning necklace.