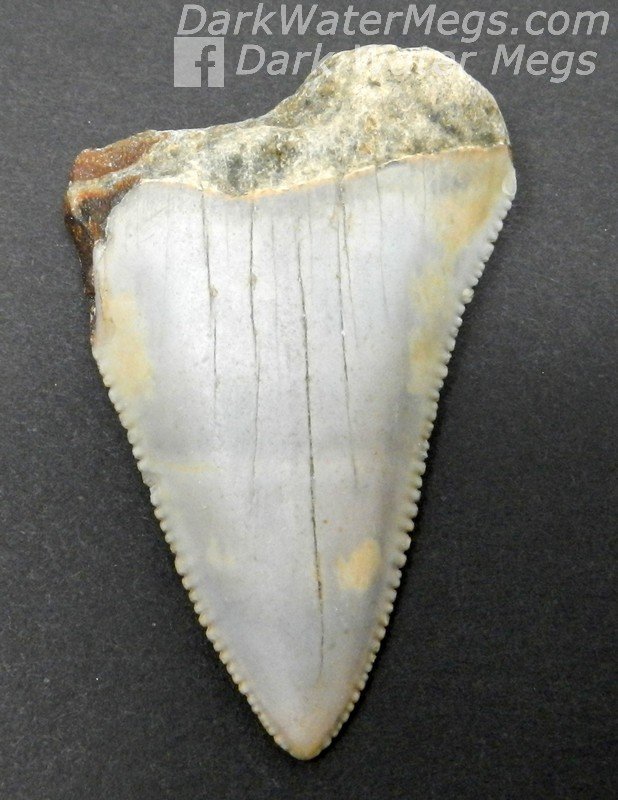 Nice serrations and tip on this great white and it has a unique light coloration.