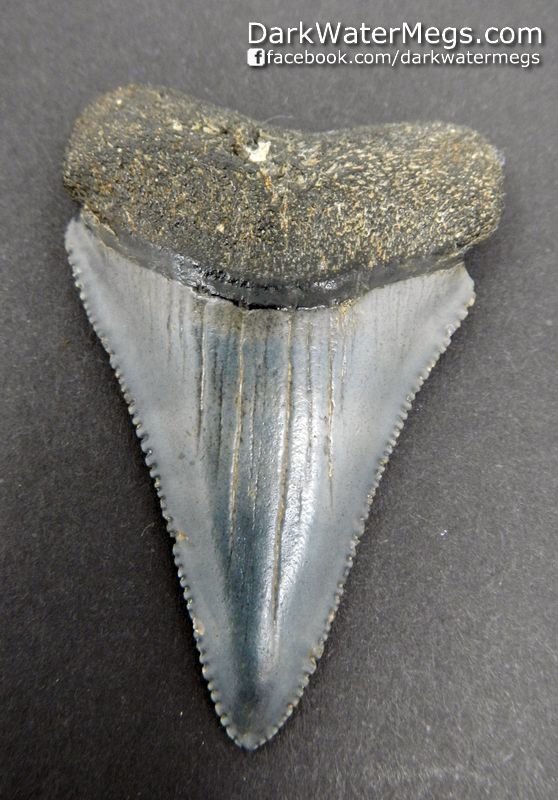 This is a very nice great white tooth fossil, it is nicely serrated and has a sharp point, it is also in great condition.