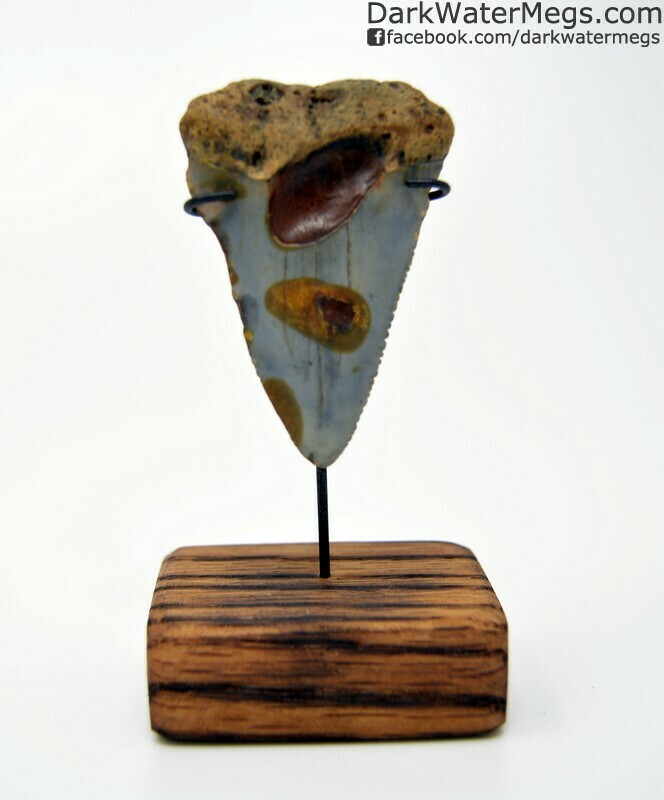 This great white tooth is large for the species at 2.26" and has some interesting markings. Over the millions of years since this tooth fell out of the shark's mouth it has been fossilized and marked by either shifting debris or boring clams, the result is a tooth with several different colors that displays nicely on the included stand.