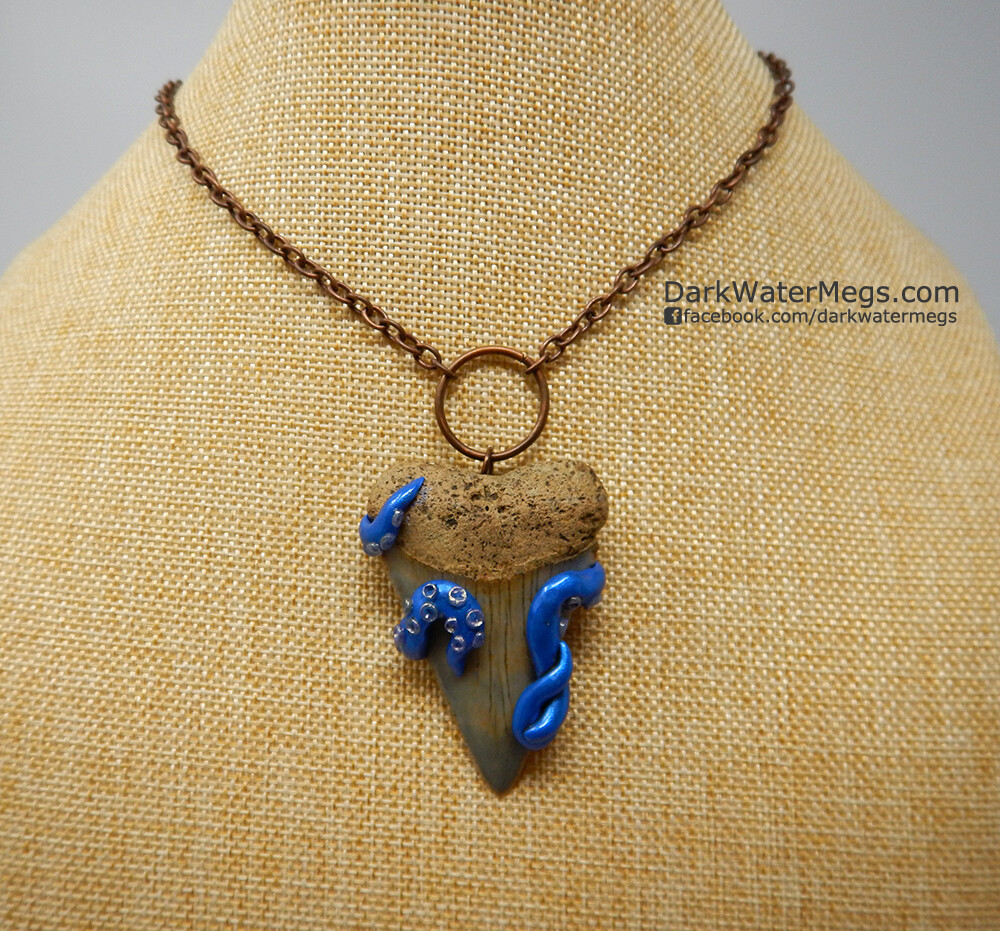 This is Beautiful great white tooth with nice blade colors. This tooth was set with an epoxy mixture by a local artist that looks like octopus tentacles. This necklace comes with the pictured chain and is a unique tooth necklace.