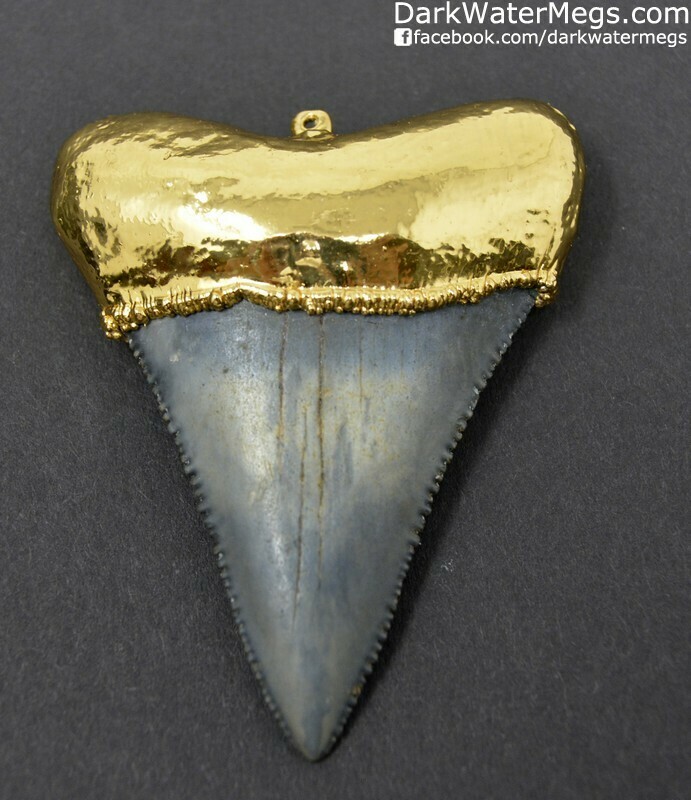 This large fossilized great white tooth has a great tip and nice serrations along with a beautiful coloration on the blade. This tooth was taken to a jeweler who used 18kt gold to make this tooth ready to be worn as a necklace.