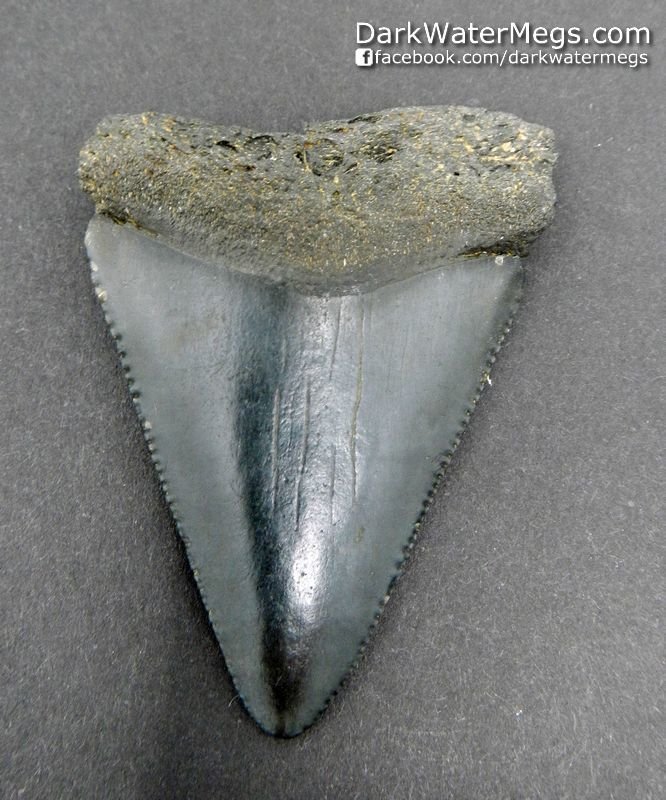 This great white tooth fossil is large and wide, mild serrations and great fossilization on this tooth.