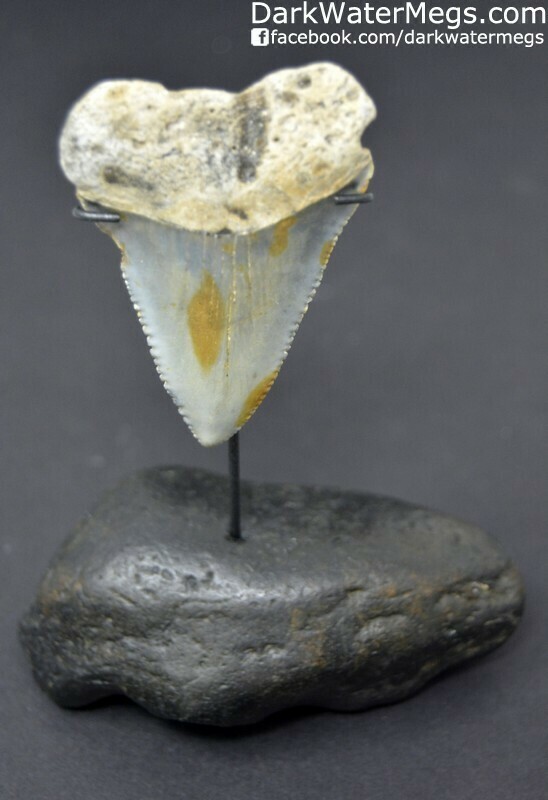 This is a nice lightly colored great white tooth fossil that comes on a custom whale innner ear bone stand.