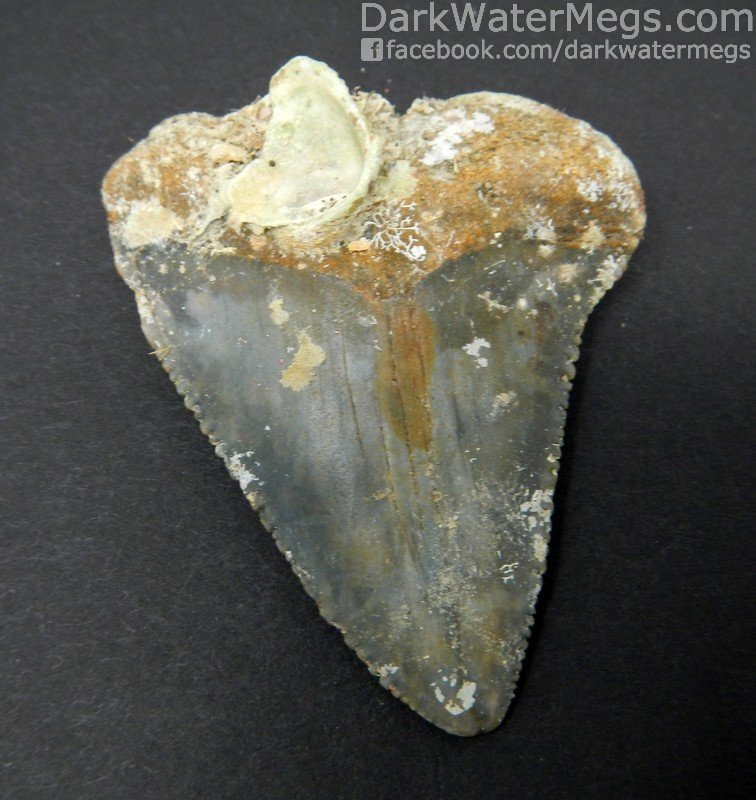 This large and white fossil great white tooth has not been cleaned and is just as it was when recovered.