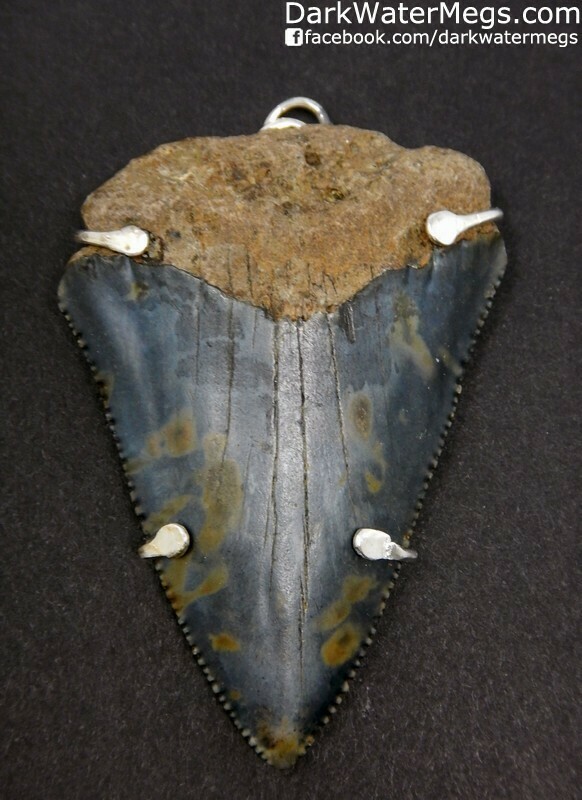 Large serrated great white tooth, a jeweler has mounted this tooth in sterling silver to make a great necklace.