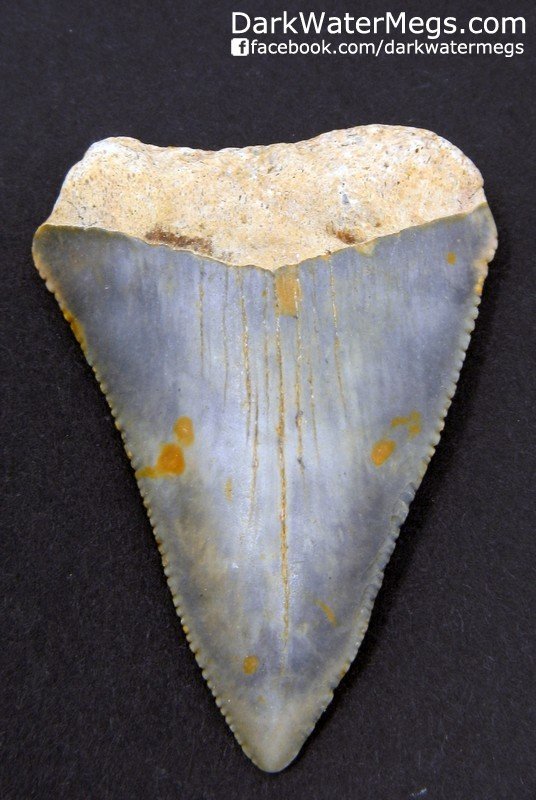 This large great white tooth is almost semetrical, wide, and has a nice blue color on the blade contrasting with a white color root.