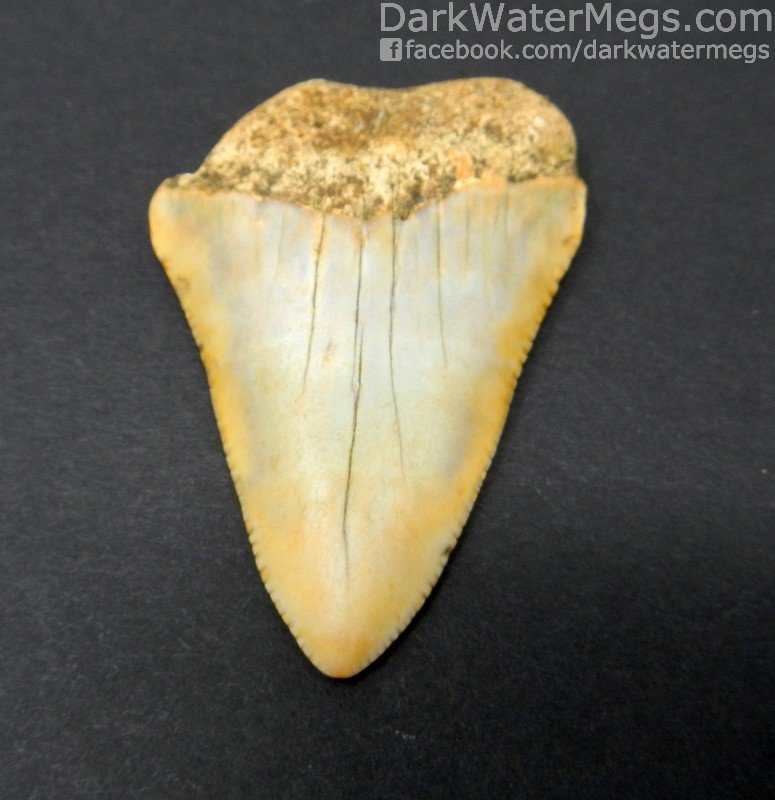 This great white tooth has a unique light blond color.