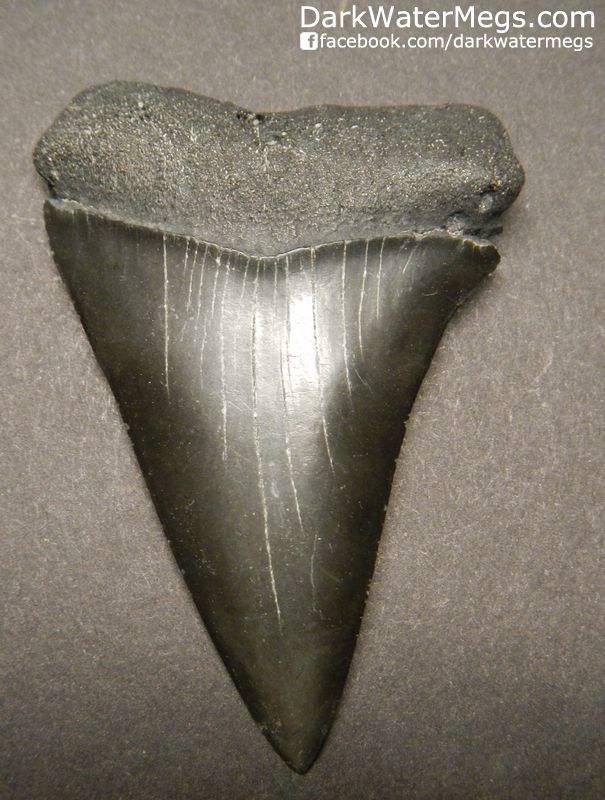 This is a 2.42" fossilized mako shark tooth. If you are looking for a jet black mako with nice shiny enamel this is the one.