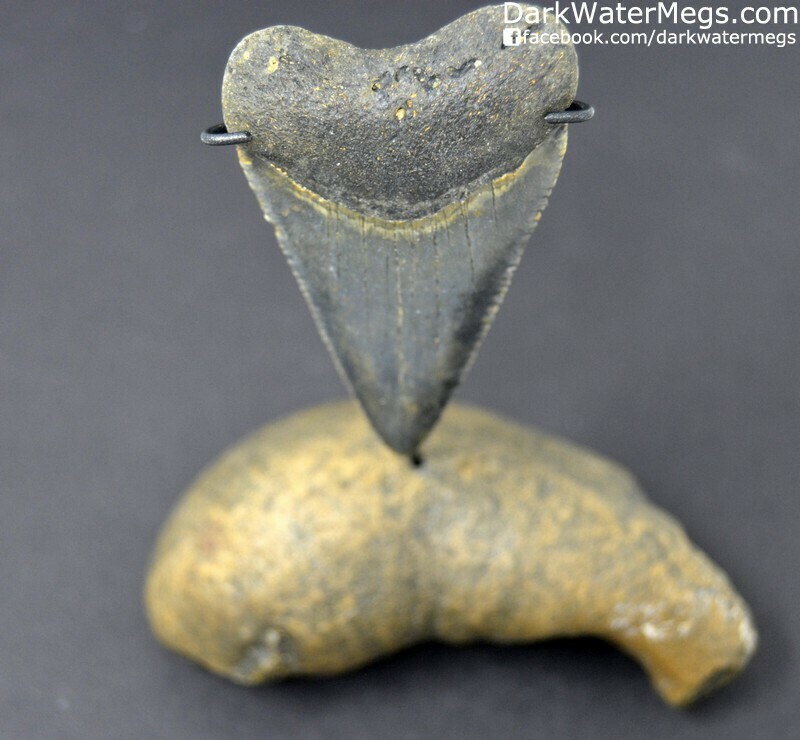 This is a large example of a fossilized great white tooth in excellent condition, it is ready for display on the fossil inner ear bone stand that is included with it.