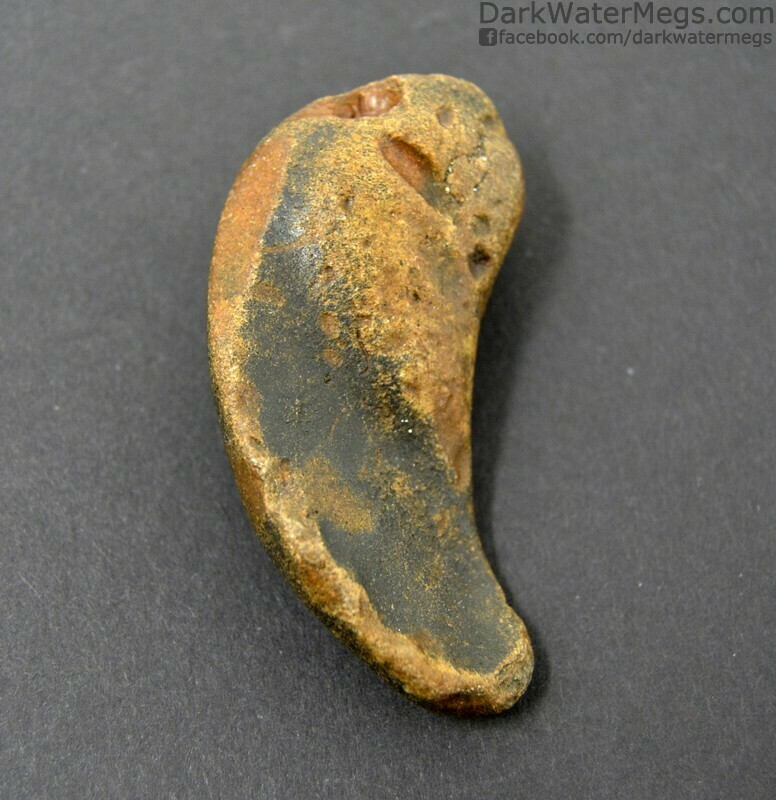 This whale inner ear bone fossil is in great shape and has a mix of orange and black colors. It is a very small example and from a young prehistoric whale.