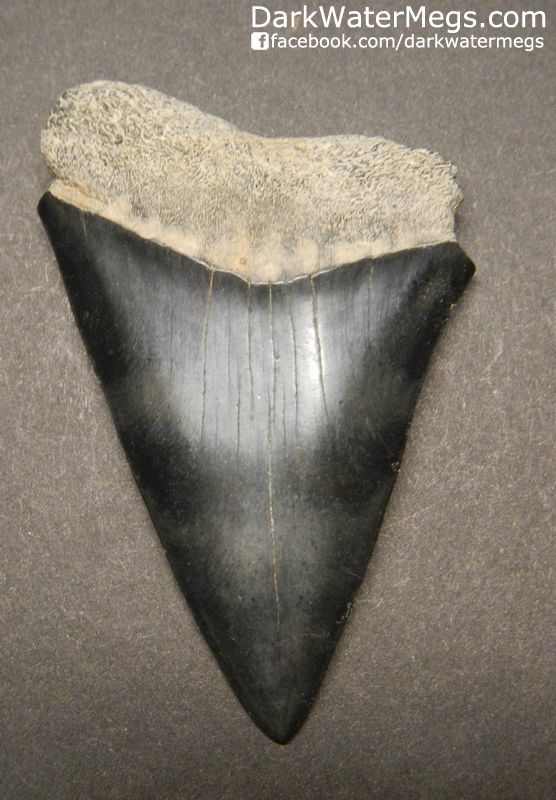 This is a 2.43" fossilized mako shark tooth. This tooth has a nice light colored root and a multi colored blade, the enamel has various shades of grey and blue.