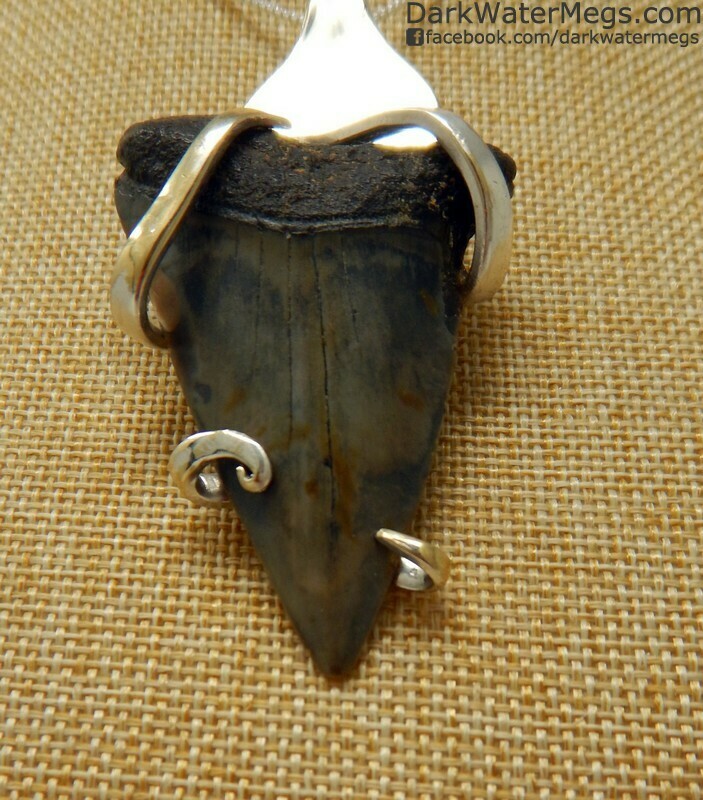 This is a large mako tooth set in a sterling plated antique fork by a local jeweler. It makes a great necklace.