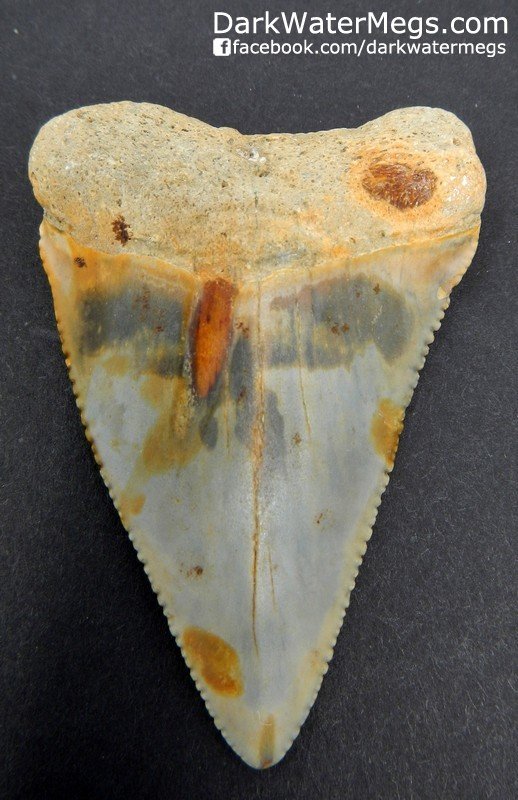 This is a nice example of a large great white tooth, the great color combinations put it on another level.