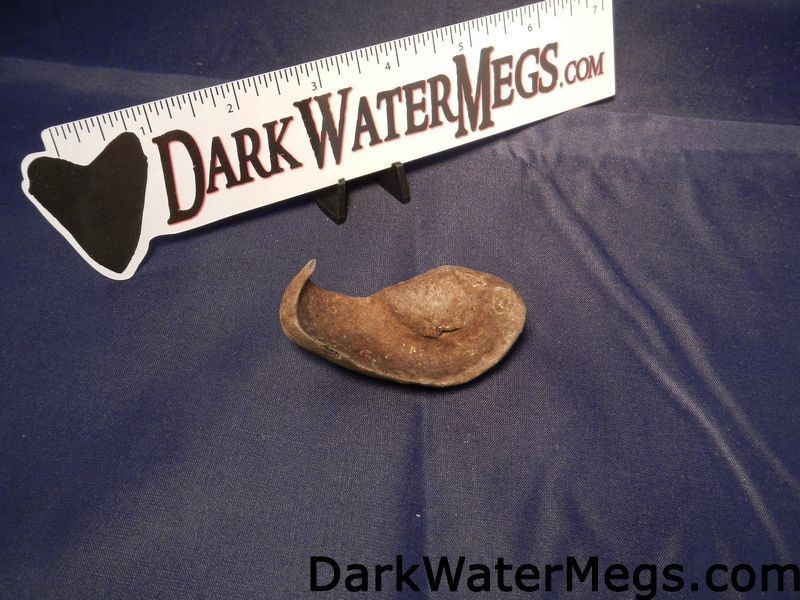 This is a whale inner ear bone from an ancient whale, one of the favorite foods of the megalodon shark.