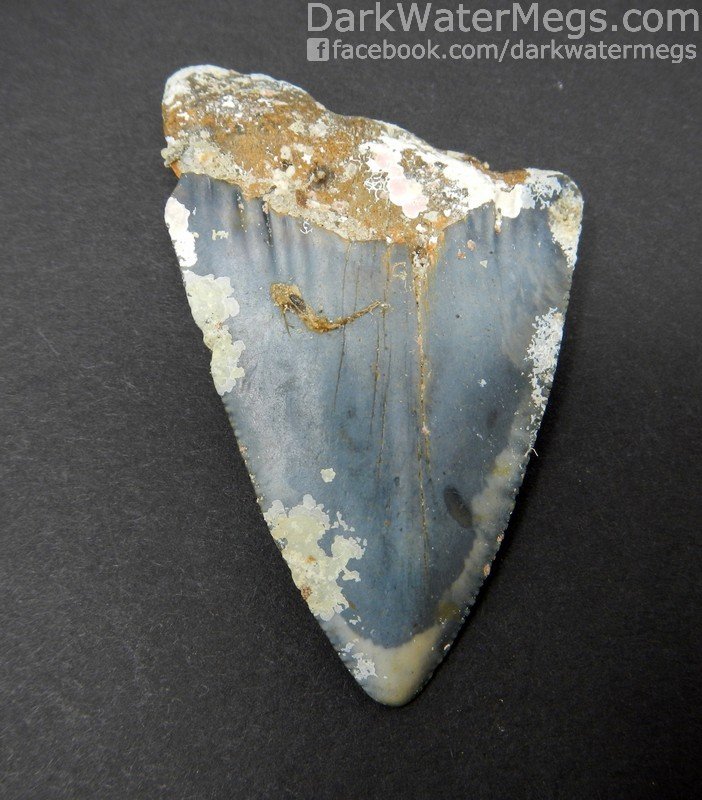 This very large great white has not been cleaned as is as it was when found, it has some nice bluish colors in the blade.