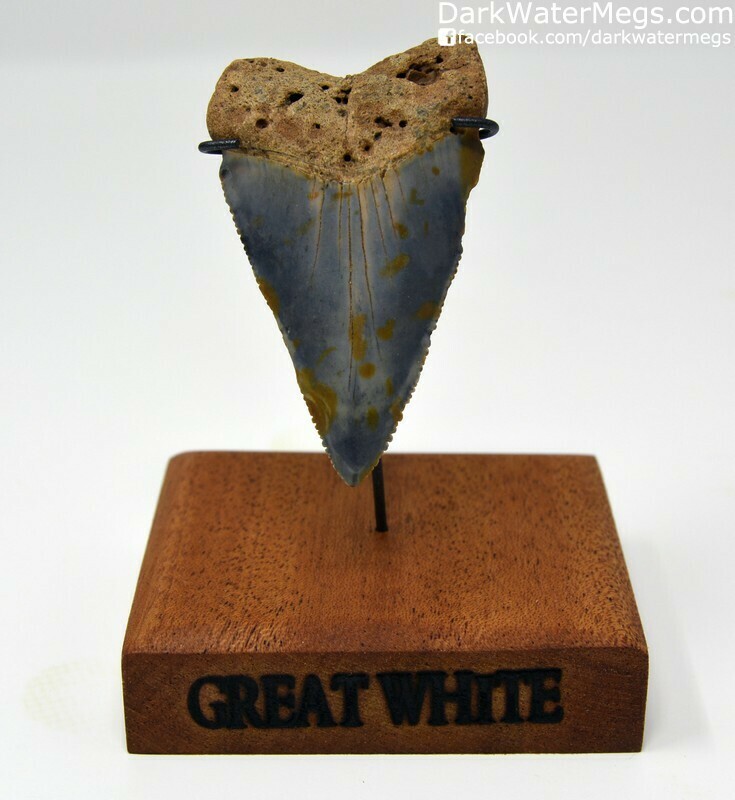 Great colors on this beast of a great white tooth, it comes with the pictured stand. The stand shows "Great White" on one side to identify it or the stand upright rotates if you want to turn it around and just have the blank wood facing outward.