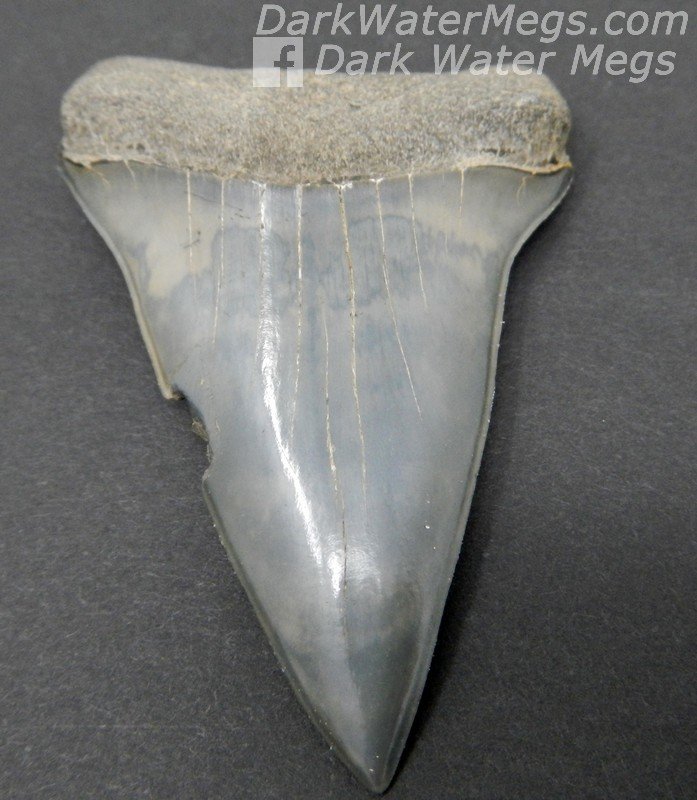 This is a 2.56" fossilized mako shark tooth.It has a sharp point and is on the larger side of the spectrum for the species.