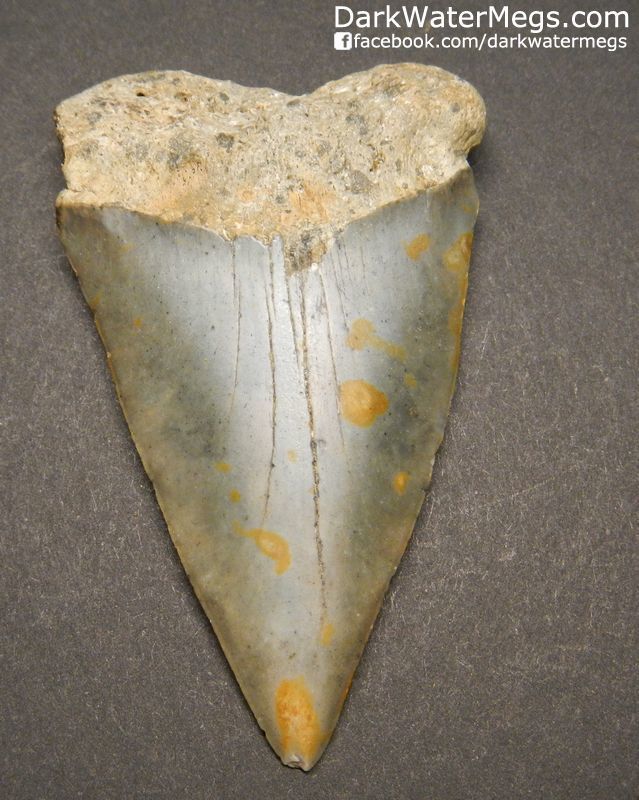 This is a large 2.62" mako tooth shark tooth fossil. It is a large size for the species and has some great coloration on both sides.