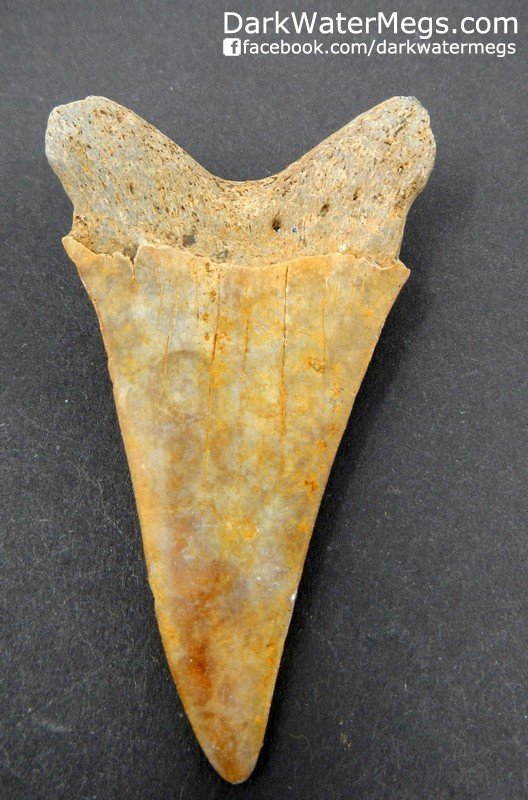 This fossilized mako tooth is a large example for the species and has a great orange color.